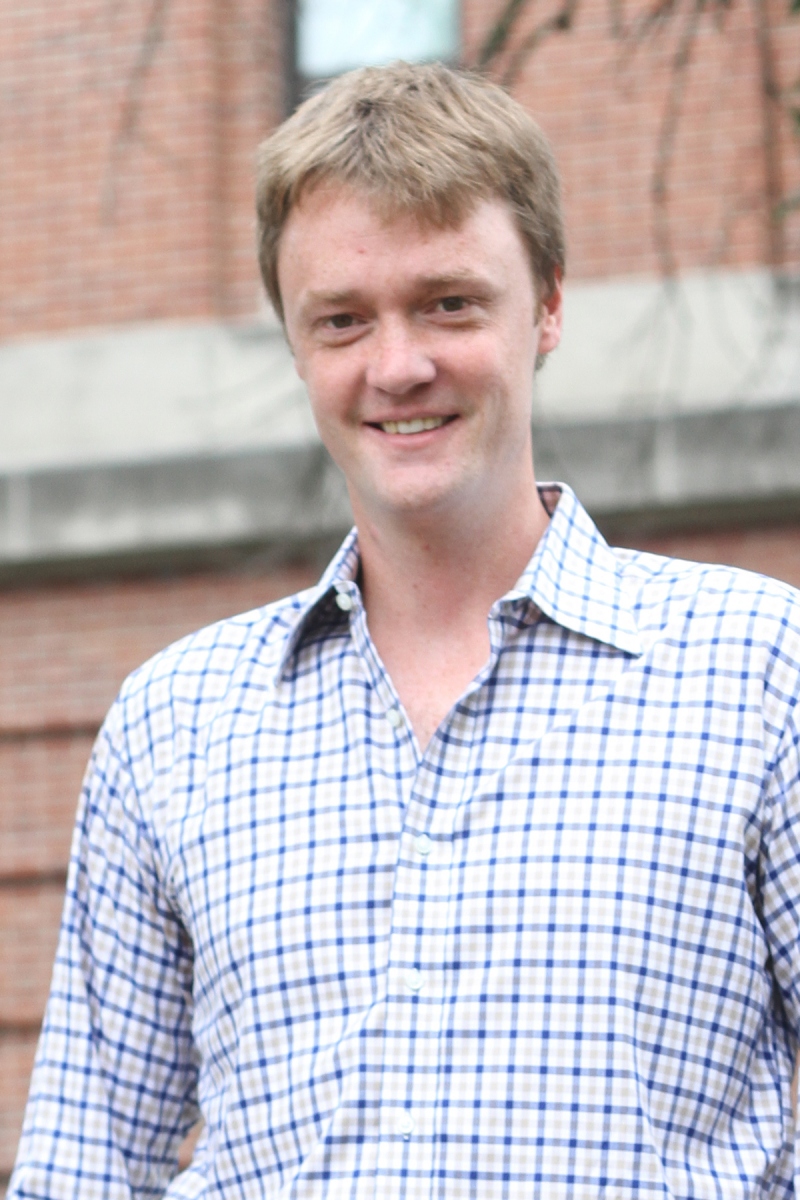 Assistant Professor Lucas Coffman researches and teaches at the intersection of economics and psychology.

“There’s a misconception of economics that it is a science; it’s really a paradigm – a tool for understanding- there’s far more latitude in economics for creativity and insight,” says Coffman.

In his research as well as his teaching, Coffman uses novel experimental methods to better understand how people make decisions in important economic contexts.

One line of research that Coffman is particularly interested in explores the process by which extremely poor families in developing countries decide to send their children to work or to school. This line of inquiry has taken Coffman to the Dominican Republic, India, and Brazil.

Education is compulsory in Brazil for children ages 6–15, but the law is loosely enforced. The problem of school attendance in Brazil is particularly acute for poor children ages 13–15. A 2006 Brazilian National Household Survey (Pesquisa Nacional por Amostra de Domicilios; PNAD), found that over 10% of the Brazilian population were illiterate, and the average number of years of schooling was only 7.1.

“This could lead an observer to believe, based on a standard model of schooling, that many poor parents do not value education or that they cannot afford to have a child not working, thus preferring to have the child drop out,” said Coffman.

However, in a novel experiment conducted by Coffman and Leonardo Bursztyn, assistant professor of economics, UCLA Anderson School of Management, such was not the case.

Using a real-stakes experiment, Coffman and Bursztyn analyzed the preferences and schooling decisions of adolescents and parents living in the slums surrounding the city of Brasilia. They conducted the experiment with 210 families; for each family, they interviewed one parent and one child between the ages of 13 and 15.

The puzzle of low levels of school attainment in developing countries is usually analyzed according to the standard approach, but, according to Coffman, this approach assumes that parents alone make the schooling decision for their children. Coffman and Bursztyn looked at the extent to which parent-child differences in preferences over schooling and intrahousehold agency problems – who actually makes the decision -- played a central role in schooling decisions.

“Our study provides evidence in favor of a different explanation to the puzzle of high drop-out rates, one based on informational issues inside the household,” said Coffman. “Parents desperately wanted their children to go to school but could not directly enforce their desire.”

Coffman continued: “In our sample, parents had accurate beliefs about the actual returns to schooling and demonstrated a strong preference to keep their children in school,” said Coffman. “Our findings show that providing parents with improved information and monitoring on their children’s actions – simply sending them a text message that their child was in school -- could be an effective policy option for increasing school attendance in areas of urban poverty.”

“Policies designed to promote attendance might be more effective if they target the child or the household information structure rather than focusing only on parents. An important component of the solution for promoting school attendance is to provide parents with more information (and therefore increased control) regarding their children’s actions,” concluded Coffman.

Currently, Coffman is looking at the formation of beliefs of the value of  schooling in the Dominican Republic. His research partner is Jim Berry, assistant professor of economics, Cornell University. Their research is funded by a grant from the International Growth Centre.

“In the developing world, many households underestimate how much more someone makes who has gone to school,” said Coffman. “It has been shown that changing beliefs of average wages can greatly increase schooling attainment.”

In the Dominican Republic, Coffman and Berry are designing and running novel experiments to understand why households undervalue schooling. The main questions are - what data do they have access to (e.g. only wages of people in their neighborhood), do they understand how these data are biased, and what of these data do they use when they form their beliefs (e.g. do they forget about the family that moved out of the slums)?

Coffman teaches experimental economics to undergraduates. In keeping with his novel approach, Coffman reserves the first 10 minutes or so of each class to experiment with the ‘truth in advertising.’

“I start the class with a newspaper article about a claim – for example, ‘red light cameras prevent accidents’ or ‘smaller classroom size impact test scores’ – then I challenge the students to think about problems with the existing data and determine the merits of the claim,” Coffman explains. “I want students to acquire the habit of analyzing beyond the existing data.”

Coffman received his BA in mathematics from Case Western University. He earned an MA and PhD in business economics from Harvard.