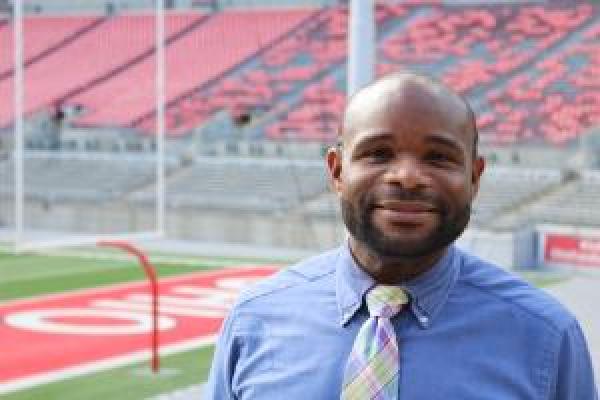 Trevon D. Logan, the Hazel C. Youngberg Trustees Distinguished Professor of Economics and associate dean in the College of Arts and Sciences, will serve as special assistant to the provost for the university’s RAISE initiative.

RAISE (Race, Inclusion and Social Equity) is focused on hiring and retaining faculty whose work addresses social equity and racial disparities across a range of disciplines. This bold research initiative will enhance the interdisciplinary nature of scholarship on race, racial inequality, and social policy at the university. RAISE is a key part of a broader initiative announced by President Kristina M. Johnson in February 2021 to hire a minimum of 350 net new tenure-track faculty in the next decade.

As special assistant, he will provide central stewardship and accountability for the RAISE initiative. While providing leadership for the implementation of RAISE this academic year, Professor Logan will work closely with the Provost, an advisory committee, and other academic leaders at Ohio State. In particular, the special assistant will coordinate with academic leaders on identifying and recruiting faculty to the university for the RAISE initiative, and to integrate race research more fully into the research enterprise of the university. He is eminently qualified to lead this initiative and the university will benefit in significant ways as we advance this important initiative.

In addition to his faculty and administrative appointments, Professor Logan is a research associate in the Development of the American Economy Program and director of the Race and Stratification in the Economy Working Group, both at the National Bureau of Economic Research. Professor Logan is also a former president of the National Economic Association and is currently co-director of the American Economic Association’s mentoring program. In addition to serving on several editorial boards, he is vice president-elect of the Economic History Association and was recently named a member of the National Academy of Sciences’ Committee on Population.

His award-winning research on racial inequality and economic history has been featured in national media outlets. In 2020, Fortune magazine named him as “One of the 19 Black Economists You Should Know and Celebrate.” In 2014, he won the university’s Alumni Award for Distinguished Teaching.