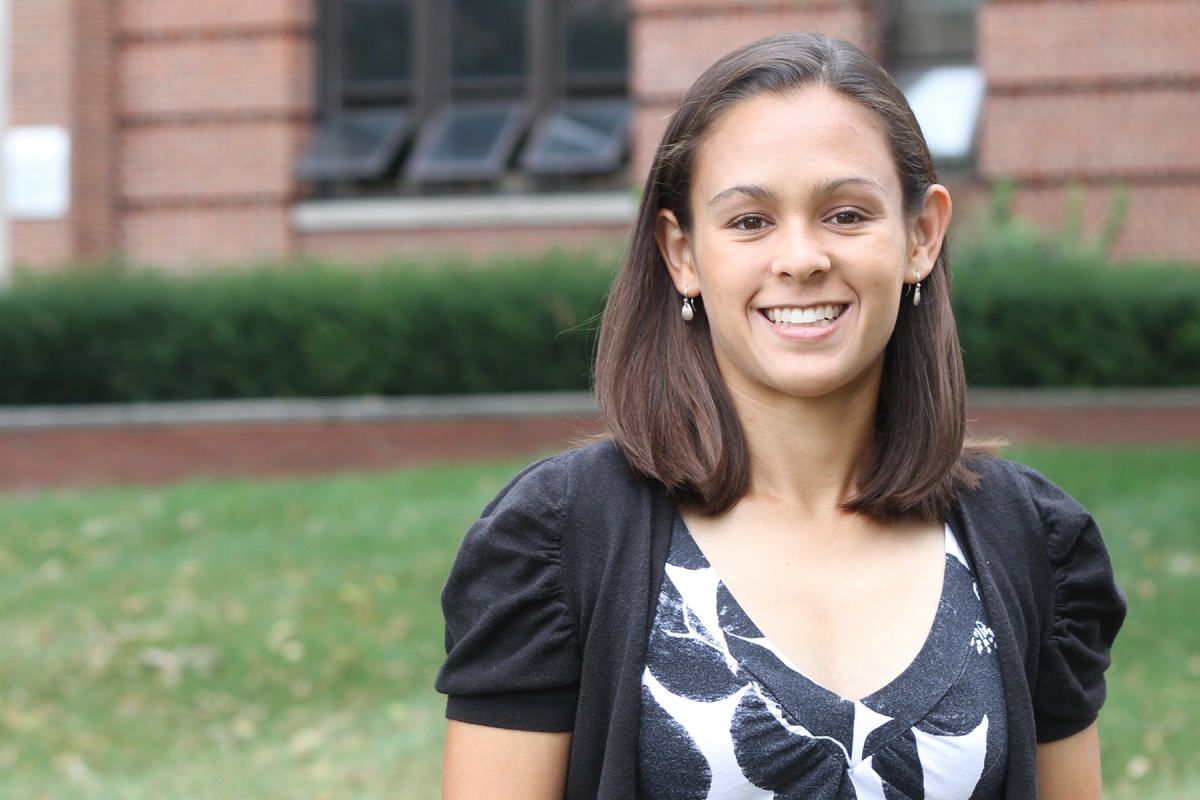 Nancy Haskell, PhD candidate in economics came by her interest in the field quite by accident. She started out as a biology major at Davidson College in North Carolina. But an econometrics class changed her mind and her major.

“I really liked testing hypotheses using real world data and I wanted to pursue work that would allow me to delve more deeply into economic decision making,” said Haskell.

After graduating with honors from Davidson, Haskell earned an MA in economics from Ohio State in 2009 and is expected to obtain her PhD in May 2014.

Haskell considers herself an applied microeconomist.

“I build economic models to motivate my empirical work, bridging the gap between assumptions and data.”

Haskell’s thesis, Economic Perspectives on Popularity, Conformity, and Delinquency, explores the impact of social structures on student behavior and the economic implications of this behavior.

“Students choose behaviors that will maximize their utility in high school,” explained Haskell. “Whether it’s drinking, using drugs, skipping class, excelling academically, joining clubs, or getting into fights, there is a reason they behave the way they do, and part of that has to do with their peers.”

Haskell is looking at approximately 35,000 high school students across public and private schools to determine why students are engaging in certain behaviors. And, their behavior has policy implications.

The topic of how to manage student behavior in schools has been around as long as there have been schools. Every year, new behavior management approaches hit the schools only to be thrown out by the end of the year.

Haskell’s research hopes to shed light on this topic.

“We may be poorly investing in education because we don’t fully understand the underlying causes of conformity in student behavior,” said Haskell. “We may need to redefine our system of incentives and interventions in schools with different compositions of students to address these behaviors in a way to maximize students’ success.”

Haskell’s thesis is expected to be completed in late spring 2014.

Haskell teaches “Economics of Current Issues” and “Principles of Microeconomics.” Her goals as are teacher are simple, yet challenging–get students excited about economics and motivate them to think critically and thoughtfully.

“When my students see how economics impacts behavior and they realized how economics informs almost every piece of public policy whether we’re talking about school vouchers, social security, or healthcare, then the light goes on…they get it.”