Actions by state governments to try to limit the spread of COVID-19 played only a secondary role in the historic spike in U.S. unemployment in March, according to new research.

While state actions to close schools were linked to an increase in unemployment, these effects were dwarfed by the larger national and international impact of the pandemic, according to researchers at The Ohio State University and Indiana University.

Hispanics, young adults (aged 20-24), those without a college education and those with four or more children saw the steepest job losses.

In two separate studies, the researchers took a broad look at the very early impact of the pandemic on jobs in the United States. 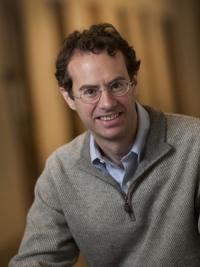 One study looked at the overall effects of COVID-19 case rates and state actions on early unemployment rates. The second study looked at which groups were most impacted by job losses early in the pandemic.

The studies are an attempt to help understand an unprecedented economic event in American history, said Bruce Weinberg, co-author of the studies and professor of economics at Ohio State.

“None of the methods, none of the tools we use in economics are built to get at millions of people losing their jobs in just weeks. That’s not what happens in normal times,” Weinberg said.

“Part of the contribution of our studies is trying to get real-time information from data from surveys and tools that were really designed to understand a more gradual process.”

Both studies were published May 11, 2020 as National Bureau of Economic Research working papers.

For the first study, the researchers used data on new unemployment insurance claims during the weeks of March 15-21 and March 22-28 to measure the economic impact. They used school closures as a measure of each state’s attempt to limit the disease spread.

School closures were one of the earliest responses by states to curb the spread of the virus, which was one key reason it was used in this study, said Xuan Jiang, co-author of the studies and a postdoctoral researcher in economics at Ohio State. 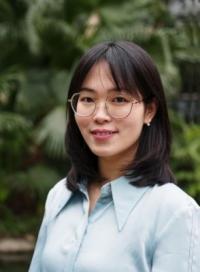 “Closures may impact the economy by reducing consumer and labor demand and making it harder for parents to remain productive at work because of child care responsibilities,” Jiang said.

“Even the smallest response by the states implies a record-setting 6-fold increase in unemployment insurance claims in only one week,” Jiang said.

“It is unlikely that states could have avoided the huge spike in job losses by avoiding early school closures.”

“What our results suggest is that state-level policies and COVID cases aren’t the primary drivers of the economic devastation we’re seeing now,” Weinberg said.

“The states are really at the mercy of larger forces that are out of their control,” he said, such as reduced consumer activity as awareness and fear of the coronavirus grew.

As expected, findings showed job losses were largest in occupations that required more face-to-face contact (such as service industries) and that cannot be performed remotely.

The demographic group that had the largest decline in employment in March – nearly 4 percentage points – was workers aged 20 to 24. Those who didn’t have a high school degree were second-hardest hit, followed by Hispanics. Those with four or more children were also hit hard. Black workers were more likely to lose their jobs than white workers.

The researchers analyzed the data to try to understand why some demographic groups were affected more than others.

Findings showed that Hispanics and those without a college education suffered higher job losses at least partially because they tended to be employed in service industries and others where they could not work remotely.

But for many groups – like blacks and younger workers – the data explained very little about why they were more likely to lose their jobs.

“Some of that could be discrimination, which we can’t capture in our data,” Jiang said. “In some cases, the data may just not allow us to observe the reasons why people aren’t working.”

Overall, the data suggest that most job losses occurred because businesses closed or laid off workers in response to the pandemic, Weinberg said. It wasn’t the case that workers quit because they feared getting sick.

“Maybe when businesses start back up, we’ll start to see workers who are reluctant to take jobs where they might be at risk of exposure to the virus,” he said.

While these two studies focused on the beginning of the pandemic in the United States, the findings may be relevant to governors as they weigh decisions to “reopen” their states to business, Weinberg said.

“We found state decisions had limited impact on their economies, at least at the beginning of this crisis,” Weinberg said.

Decisions to reopen businesses may also not provide a big economic boost at first.

“Even without state mandates, people may decide to avoid or severely reduce going to restaurants, shopping in stores or taking trips. Consumer demand may not return right away,” he said.

Other co-authors on both studies, all from Indiana University, were Felipe Lozano Rojas and Laura Montenovo, doctoral students; Kosali Simon, professor of health economics; and Coady Wing, associate professor of public and environmental affairs. Ian Schmutte of the University of Georgia was a co-author on the second paper.