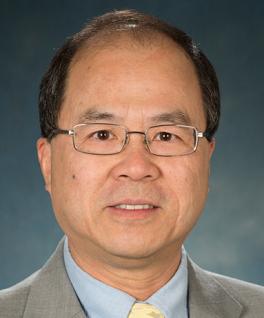 The Distinguished Scholar Award, established in 1978, recognizes exceptional scholarly accomplishments by senior professors who have compiled a substantial body of research. Recipients are nominated by their departments and chosen by a committee of senior faculty, including several past recipients of the award. Distinguished Scholars receive a $3,000 honorarium and a research grant of $20,000 to be used over the next three years.

Lee has made seminal contributions to theory and practice in microeconometrics, specifically the statistical analysis of economic data on the behavior of individuals, households and organizations. He has developed models of limited dependent variables to deal with statistical issues that arise in analysis of micro data and has been a leader in developing estimation theory for models with cross-sectional dependence. These models have been widely applied to the analysis of networks, social interactions and spatial interactions.

“Lung-fei Lee is a scientist at the very pinnacle of the field,” according to one colleague. “Over the past 40 years he has not only made superbly original contributions to the theoretical development of estimators and tests, he also has produced top-flight applications to many key areas on economics. He has had a huge impact on the profession and continues to innovate.”

Lee has published more than 100 refereed articles in eminent journals including Econometrica and Review of Economic Studies. He is an elected fellow of the Econometric Society; an honor awarded to fewer than 2 percent of world economists, and is ranked third among econometricians worldwide based on the quality and quantity of his contributions to theoretical econometrics. His research has been funded continuously for 22 years.

Lee has served as president of the Chinese Economic Association in North America and held adjunct professorships at Peking University, Hong Kong University of Science and Technology and Shanghai University of Finance and Economics.